W. B. Garvey is the author of the critically-acclaimed novel Independence Blues, a vivid chronicle of a Jamaican-born couple challenged by the contradictions of the American dream after they immigrate to the United States in 1946.  Interwoven with their story is that of their 9-year old American-born son who wonders where his parents' happiness has gone during their 1963 cross-country drive. Mr. Garvey is also the author of the related historical novels Panama Fever: Digging Down Gold Mountain and White Gold which illuminate the stories of the courageous men and women who left their Caribbean islands to work, and oftentimes die, building the Panama Canal. 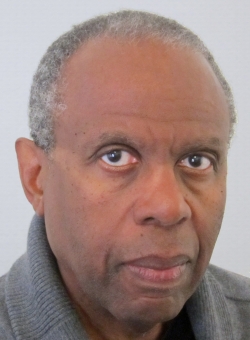 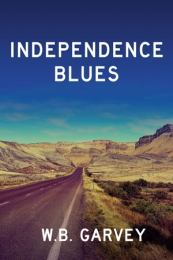 Independence Blues
A vivid chronicle of an immigrant family challenged by the contradictions of the American Dream. In 1939, Emerson Gardner, a successful Jamaican pharmacist and aspiring doctor, crosses class and social lines and marries Madeline Jans, a free-spirited pediatric nurse risen from poverty. In 1946, the childless couple journey to the United States, landing in New Orleans before pursuing their dreams to New York where they become U.S. citizens. When the force of racial prejudice dashes their hopes of Emerson becoming a doctor, they venture to Los Angeles, content to stay and build a new life after Madeline finally conceives the son she has long wished for. Interwoven with their story is the family's 1963 drive across the southern tier of the United States, from Los Angeles to Miami, after Emerson decides they are going to return to Jamaica now that the island has become independent. The three day trip is seen through the eyes of their 9-year-old son who is bewildered by the rising tensions provoked by the civil rights movement and the conflicts between his parents as their once happy marriage dissolves in bitterness.

"This character-driven outing is a trip worth taking."  Publishers Weekly

"Garvey does a masterful job of creating a fully engaging narrative through pitch-perfect prose and nuanced characterizations." BookLife Prize 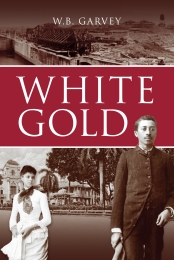 It is the beginning of a new century and the times are swiftly changing. The eyes of the world are on Panama where 20,000 have already died digging the Canal that will alter history and usher in the future.

Garvey's historical novel centers around William Roberson, an ambitious young railroad engineer from Jamaica who struggles to build a better life but finds himself caught between Winifred, his Jamaican wife who cannot abide life in Panama with the Jim Crow laws being imposed by the Americans, and Isabella, his Panamanian mistress, who teaches him that there is more to life than duty and his beloved machines.

White Gold tells the electrifying saga of the machinists, masons, powder-gangs, cooks and mechanics who flocked to Panama to build the Canal and how in their quest to reshape the world they risked it all for an enticing dream and the sake of love.  A profoundly human story, this novel will appeal to those with a taste for romance and adventure as well as anyone who has ever dared to pursue the dream of a better life.

Panama Fever  brings to life the triumphs and tragedies of the men and women who left their homes and loved ones to fulfill the dream of building the Panama Canal. A thrilling novel, crackling with action and adventure, it tells the story of the workers during the French attempt to build a sea level canal in the late 19th century, an effort which ended in failure.

The construction is seen through the eyes of two young men, Thomas Judah, the son of a wealthy merchant, and Byron Cooper, an orphan from a sugar plantation, as they seek their destinies against the backdrop of the titanic construction of the canal and confront the catastrophes of earthquake, disease, political corruption and murderous insurrection, while finding love in unlikely places.